Trust and protection are the two building blocks of our relationships with our customers. That is why, in everything we do at ABSLI, we first think of you. This philosophy is most evident at times when our customers need us the most – when they need to make a claim.

What is claim settlement ratio?

What does the claim settlement ratio of insurance companies tell you?

is the claim settlement ratio of Aditya Birla Sun Life Insurance for FY 20-21. As your trusted insurer, Aditya Birla Sun Life Insurance understands the importance of protection. Thus, with our high claim settlement ratio of 98.04% we are able to give you a sense of security that your family will stay protected. Source: As per annual audited figures submitted to IRDAI for the period FY 20-21

We are committed to help the customers by providing protection that can be relied upon in the time of need. This means that we will pay all claims covered by our policy terms and conditions.

We promise to provide a decision on your claim within 30 days from the date of all requirements received, however, there could be cases which need to be investigated and may take a longer time for a decision, which may extend up to 120 days.

Please Note: Aditya Birla Sun Life Insurance makes no apology for not paying claims that fall outside the policy terms and conditions, which are fraudulent in nature to safeguard the interests of all our genuine customers by helping to keep the protection and peace of mind that insurance provides affordable to all. 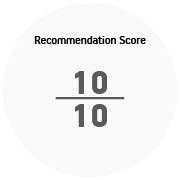 "Branch managers explained the process efficiently and my amount was given timely!" 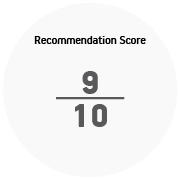 "Everything was done in a timely manner. Positive response from ABSLI"

" Gave claim documents in one go. Hassle-free service by ABSLI"

The section provides information on how to ensure speedy settlement of COVID-19 claims.

The section provides information on simplified claim settlement process to the victims of Cyclone “Tauktae”.

The section provides information on simplified claim settlement process to the victims of Cyclone “Yaas”.

Pursuant to the Insurance (Amendment) Act, 2015, any claim under the policy shall be governed as per the below mentioned clause in substitution to existing clause of the policy contract

Important information to know - Section 45 - What it says?

Thank you for your details. We will reach out to you shortly.

Thank you for your details. Currently we are facing issue in our system.